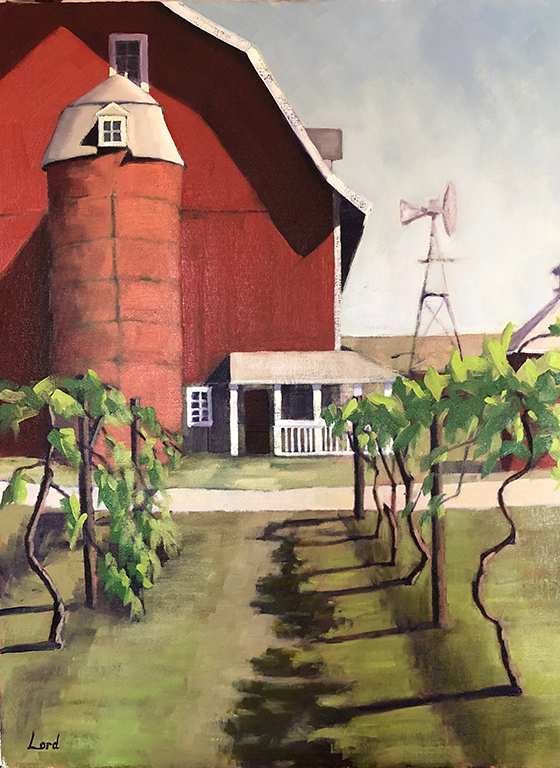 Stephanie became enamored with Door County during her first visit in 1999 and became a resident shortly thereafter in 2005.  She has been interested in art and drawing from an early age and was drawn to the strong art community on the Door Peninsula.  She began studying the art of oil painting in 2015 both in the studio and plein air.  She enjoys painting landscape scenes around the United States, Europe and Asia.  Her love of animals has also inspired her to work on animal scenes and portraits.  She has attended workshops at the Peninsula School of Art and is a member of both American Women Artists and the American Impressionist Society.  Stephanie participated in the Hardy Gallery Wall to Wall event in both 2018 and 2019.  Two of her paintings were accepted into the 43rd Annual Juried Exhibition at the Miller Art Museum in Door County in 2018.